— Visit the Town Cryer to read about the latest on The Guild’s rise on the High Seas!
— Battle against ships and the fortified plunderbeacon to recover Maritime Trade Cargo!
— Sell Maritime Trade Cargo for Doubloons to the Pirate Merchant on Buc’s Den or deliver the cargo to a City Trade minister to fund the city’s coffers!
— Purchase rewards from the Pirate Merchant with doubloons, with new rewards being added each month the event is active!

— New veteran rewards have been added to the veteran reward system!
— Water Wheel – 10th Year
- House addon that can be placed on existing house addon water features, such as the koi pond
- Functions as a water source
— Tinker Bench – 7th Year
- Power tool for tinkering that allows tinkering
- Stores up to 5000 charges
— Repair Bench – 5th Year
- House addon that can store and use repair deeds from all crafting systems
- Stores up to 500 charges per skill
— Embroidery Tool – 4th Year
- Can be used to embroider clothing items
- Recharge via NPC tinkers
— Statuettes – can be turned on & off by double clicking and play a sound when approached
- Krampus – 1st Year
- Khal Ankur – 2nd Year
- Krampus Minion – 3rd Year

— Harvesting saltpeter in Felucca now applies a 1000 point luck bonus where it previously did not.
— Alchemists who sell saltpeter have been added to the Moonglow & Britain docks.
— Match & Matchchord have been removed from alchemy crafting and are no longer needed in the cannon use process.
- The match can still be used to fire a cannon
- Match & match chord can be turned in for Cleanup Britannia points
— Crafting potash no longer requires water as an ingredient, instead crafters must be near a water source which includes the water trough, water tub, water barrel, bucket of water, fountain of life, sinks, dragon tubs, dragon turtle fountains, koi ponds, and the water wheel.
— Potash now functions as a “make all” item and will craft as much as possible based on available ingredients.
— The following changes have been made to existing cannon resources,
- “light” and “heavy” powder charges are now simply “powder charge”
- “light” and “heavy” cannonballs are now simply “cannonball”
- “light” and “heavy” grapeshot is now simply “grapeshot”
- “light” and “heavy” frost and flame cannonballs are now simply “frost cannonball” and “flame cannonball”
- updated tileart for powder charge to make it more visually distinctive from cannonballs
- updated tileart for grapeshot to make it more visually distinctive from powder charges
— The following changes have been made to cannons & associated resources,
- All existing cannons must be dismantled and replaced before use after Publish 104 is deployed.
- The “light cannon” is now known as “culverin”
- The “heavy cannon” is now known as “carronade”
- Polished art assets for cannons to make them more visually distinctive
- The metallic dyetub can now be used on placed cannons to hue them
- Cannons are now containers, resources for firing cannons can be placed inside them in what is referred to as the “magazine”
— The following changes have been made to the cannon firing process,
- Cleaning a cannon is no longer required and the swab has been removed from tinkering. Existing swabs can be turned in for Cleanup Britannia points.
- When double clicking a cannon the firing control has two options “PREP” and “FIRE”
- - A player must be within 2 tiles to execute this action
- Place cannon firing resources inside the magazine and push the “PREP” button to begin the cannon firing process. Resources will be taken from the magazine.
- - Only 1 player may participate in preparing the cannon for firing.
- Cannons will automatically move through each step in the “PREP” process so long as resources are present in the magazine.
- - This process will continue so long as the player is present on the ship, if the player leaves the ship the process will pause.
- Cannons can now be fired with a match or a torch, as such torches will no longer auto-douse when placed in the backpack.

— When players parry any attack with a shield or weapon it will now display the last parry chance % on the item.

— All treasure chests are locked and trapped.
— Failure to unlock a treasure chest no longer destroys items and instead spawns a Grubber.
— Stash (1), Supply (2), and Cache (3) Treasure Chests,
- Can be unlocked using Lockpicking or Magic Unlock, depending on skill
- Are trapped with a monster trap that must be disarmed prior to
— Hoard (4) and Trove (5) Treasure Chests,
- Must be unlocked using the Lockpicking Skill.
— The Remove Trap loop for all level Treasure Chests has been redesigned as follows,
- When a player tries to open a chest that is trapped, they will receive a message to use the Remove Trap skill. The chest cannot be opened until the trap is removed, and Telekinesis will no longer trigger the trap.
- The disarming process will begin when a player uses Remove Trap on the chest.
- During the disarming process Ancient Chest Guardians, chosen from the monsters that can spawn during the initial dig, will spawn to defend the chest. These monsters will not drop any loot.
- These monsters must be defeated before the chest can be opened.
- The length of this process is variable based on the player’s Remove Trap skill, with higher Remove Trap skill requiring less disarming time.
- If the player moves more than 16 tiles away from the chest or is killed during the disarming process, the process must be restarted.

— In addition, treasure chests have now been themed based on the following profession inspired packages,
- Mage, Assassin, Warrior, Artisan, Ranger
— This results in a map that will read like this “A Tattered Treasures Map Leading to a Mage’s Hoard”
— Newly created maps will have their level set based on the new conventions.
- No changes have been made to which creatures drop which maps. If a creature previously dropped certain level maps, the maps will now be converted to the new convention as they drop. This does not mean loot has been scaled down, read more about how loot has been redistributed in the loot section.
— Existing maps will be converted to the new level conventions and have a package randomly assigned.
— Cartography skill required to decode a map at a given level has been re-balanced to work with the new levels.
— Mining is no longer required to gain a bonus to dig radius, instead this bonus is now based on Cartography skill.
— Maps held in a Davies Locker will be converted to the new level conventions and have a package randomly assigned. This does not apply to maps that have been completed.
— Treasure Maps have been added to the Valley of Eodon. Creatures will drop a map based on their overall difficulty. Generally – the more difficult the creature, the higher the level of map that will drop.

— Existing and new loot is available in Treasure Chest loot based on Facet & Package. This will allow players to target specific items they are looking for in chests they know will have a chance to contain those items.
— There are 4 factors that influence what items end up in a chest if successful random rolls are made, Map Level, Profession Package, Chest Quality, and Facet.
- Map Level is determined when a map is created based on where the map is obtained.
- Profession Package is randomly assigned when a map is created.
- Chest Quality is determined at dig time based on the digger’s modified cartography skill.
-- Chests come in three qualities represented visually by a rusty chest, a metal chest, and a gold chest.
-- Chest quality can impact chest loot in a variety of ways including the quantity of a specific loot item, the range of bonuses, the type of crafting materials, and the intensity of randomly generated magic equipment.
- Facet is based on which facet the Treasure Map is located.
— Chests have a chance to contain the following loot items based on level, package, and facet,
- Gold & Gems in newly drawn gold & gem bags (all packages, all levels)
- Randomly Generated Equipment (all packages, all levels)
-- The types of equipment are based on the package and facet which corresponds to the profession who might use the equipment and the facet based on when the item was released in the game. For example, if you are looking for a dagger you may look at Assassin maps in Trammel or if you are after a Repeating Crossbow you would look at Ranger maps in Malas.
-- The quantity of randomly generated magic equipment has been reduced and the intensity has been increased.
-- The quantity of items available is based on the level of chest, there is a chance for additional items based on party size.
-- Luck factors into magical property generation as it does currently.
-- New Equipment (Cache and above)
--- Human/Elf and Gargish Skull Longsword
--- Human/Elf and Gargish Skull Gnarled Staff
--- Human/Elf and Gargish Octopus Necklace
--- Found as imbuable in Artisan Chests, randomly generated magical properties in all other chests.
— Reagents in a newly drawn reagent bag (Mage Stash)
- Type based on facet
— Treasure Maps (All packages, up to Hoard)
- +1 over the current level of map
— Refinements (Artisan Stash)
— Minor Artifacts (All packages, Supply)
- Legacy Minor artifacts & Pub 67 Artifacts
- Legendary Cartography Glasses (+1-5 Cartography)
— Scrolls of Alacrity (All packages, Supply and above)
- Skill is based on package and facet
— Special Crafting Materials (Artisan, Supply)
- Essences, Mondain’s Legacy Ingredients available based on facet
— Recipe Scrolls (Artisan Supply & Cache)
- Legacy recipe scrolls
— Powerscrolls (Felucca Only, All packages except Artisan, Cache and above)
- Skill is based on package and level is based on chest quality up to +10
— Decorative Items (All packages when available, Cache and above)
- Legacy & New Decorative Items based on package and facet
- New: Hourglass Table, Decorative Ancient Weapons
— Utility Items (Assassin, Artisan, and Ranger Supply)
- Legacy & New Utility Items based on package
- New: Shield Engraving Tool
— Scrolls of Transcendence (All packages, Stash, Hoard & Trove)
- Skill & value based on package and facet
— Crafting Materials (Artisan Stash & Supply)
- Wood, Metal, or Leather. 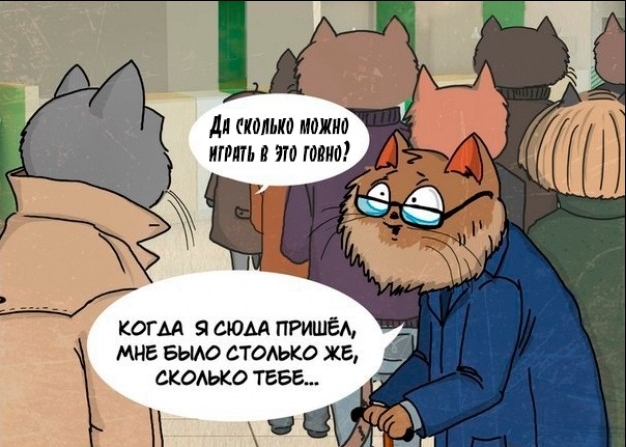